Private Military & Contractor: Who are they?

Formerly called Mercenaries, contractors have become the "legal format" of the profession.

They are the ones who are employed by military companies to fulfill contracts. On a political level, contractors generally act in conflicts alongside states, unlike mercenaries who can be on the side of states as well as insurgents.

Previously not very popular, this very particular profession is tending to become legalized in France. Already very popular and accepted in the Anglo-Saxon countries, however, on the national territory, contractors see their profession recognized to carry out maritime protection missions, against piracy in particular.

At the end of this article, you will know how to become a contractor, on what kind of mission a private soldier can be hired, and why this profession is so controversial.

How to Become a Contractor ?

You do not have a military background but still want to become a contractor? The pay seems exceptional and motivates you to take the plunge. Let's start with an objective list of what you can expect if you make this choice.

The majority of men working in this field are former military personnel. Why is that? Experience in the field, in combat, cannot be taught. Yes, there are trainings on the market. Training courses are often quite expensive, without much guarantee of employment at the end.

You must be aware that this is a relatively closed environment. I doubt that you will find ads on Indeed or Pôle Emploi, from companies offering to send you to Iraq to execute a contract. The advantage of former military personnel is their network: the proximity of their profession allows them to rub shoulders with contractors or heads of these companies.

We do not question the training, but ask yourself this question: a company has to choose between a man who has been trained for 4 to 6 weeks and an ex-military man who has served for 5 years in an army regiment. Who do you think the private company will choose?

Certainly, the contracts are juicy, and the remuneration attractive. (some earn up to 10.000€ per month). But you can imagine that at this price, your life is not worth much. 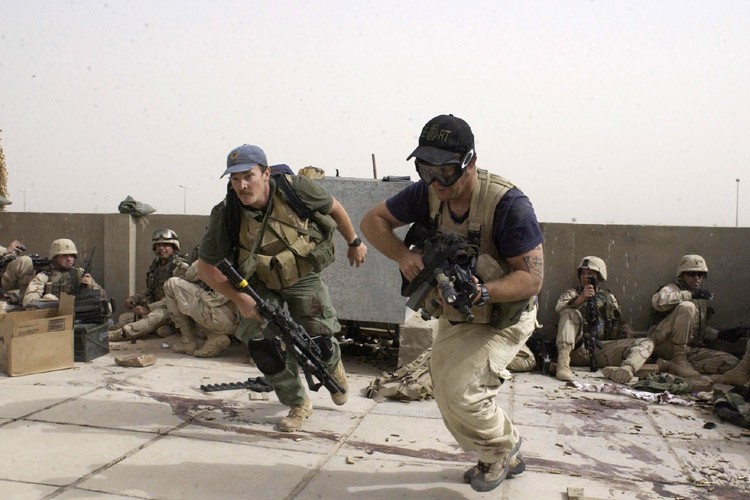 If, in spite of these various aspects, you wish to engage in this way, we indicate you various existing formations in France and abroad:

These different organizations will teach you a wide range of skills, in a relatively short period of time: shooting, close protection, combat in urban areas, hand-to-hand combat, security and engagement rules, etc.

The private military companies are in charge of different missions.

The contractors executing this kind of missions are in charge of the construction of materials, the supply of food and materials and the maintenance of specific equipment.

In order to be as competent as possible, private companies impose strict selection criteria for future employees. They require the mastery of specific skills.

These missions are their core business. However, these missions concern only a small percentage of contractors. These missions require a high degree of competence and are therefore not accessible to everyone. The spectrum of their operations ranges from surveillance of facilities to close protection of personalities.

Private military companies can offer services of combat simulations. But also act as a tactical consultant, offering advice for the benefit of his employer. It also happens that contractors assist as a combatant. In this case, they are often considered as mercenaries. 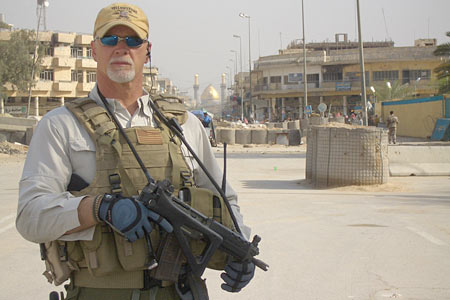 Highly strategic and sensitive sector, it is the object of a drastic selection for those who would like to pretend to this kind of operations. As this kind of mission is forbidden in France, the CIA is especially known for having outsourced this service to a private organization.

These 4 main missions that can concern contractors are the most known. This environment remains rather vague and very controversial, hence the lack of information.

For many military people, they act as "cowboys", bounty hunters. According to the public opinion, they are assimilated to vulgar mercenaries, executing missions without caring about the moral commitment of it.

Since the execution of missions for money is their job, they would act on the side of 'good' as well as 'evil'.

Some private companies intervene in a thinly veiled way for lobbying companies, mining, diamond or oil extraction, in unstable countries such as Sierra Leone, Angola or the Democratic Republic of Congo (ex-Zaire). Their involvement in the game of certain multinationals contributes to the prolongation of conflicts.

However, they are recognized as having very good fighting qualities. Being trained to fulfill missions with a high degree of commitment, private companies do not skimp on the means to train their men.

Historically, mercenaries have always existed. Today, they tend to be popularized with legal status. Their flexibility and their ability to react quickly are assets that play in their favor. These qualities make them increasingly used to assist the government even in some conflicts.

However, the flip side of the coin is clear: the lack of control over private military companies makes their existence controversial. For many, contractors are an open door to abuse, as no one has control over the contracts they may make.